The Sound of Letting Go 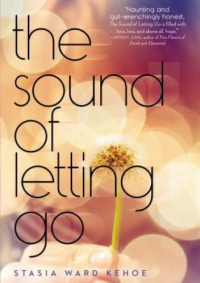 When presented with opportunities some individuals jump at the chance to spread their wings and fly.  Yet, with others when an occasion arises that is out of their norm, they resist the urge and they hold back.  Some of these individuals wonder, what if.  What if I had taken the chance to do something different? What if I had just tried it one time?  I believe, if these individuals can just break free from their enclosed world, they just might find the world is a much bigger and exciting place than they ever imagined.  In The Sound of Letting Go, seventeen-year old Daisy is presented with many opportunities but she is too responsible to accept new possibilities.  She carries this huge weight of responsibility on her shoulders that she fears of letting go.   For a person like Daisy, she is missing out on so much in the world and I feel that Daisy realizes this also.  Daisy is always dreaming of the path her life would have taken had she said yes instead of no.  Yet, she continues to let countless opportunities walk away.   Living with her autistic brother, Daisy feels conflicted between her own life and his. Sometimes as I was reading and she was talking about her brother, I wondered exactly whose life she was leading.  This story is written in verse which I didn’t realize it until I opened up the book.  I don’t think it enhanced my reading any except for the part when Daisy talked about her brother.  The way the text was written and the way it flowed, you could feel the emotions as she spoke about her brother and her relationship with him.   Daisy also has guy issues with Cal and Dave.  I liked each of them as they both had their own little quirks which gave Daisy something to think about.  Sometimes individuals just get too comfortable and they need to shake things up.  By letting the pieces fall and figure things out from there, things look different.  If Daisy can just shake things up, she might see things differently.