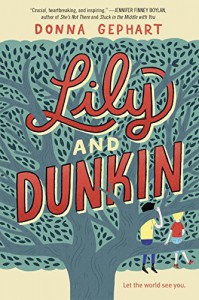 There were some high points and some difficult ones to this novel. I liked the issues that this novel addressed. Tim wanted to be a girl but unfortunately his father was holding him back. His mother and sister welcome his new name of Lily, his preference of clothing, nail polish and makeup but his father wants what is written on his birth certificate, a son. Duncan has just moved into the area and is dealing with his bipolar medical condition and a deeper issue which he is keeping hidden inside. These young boys are confused in their feelings about each other and the gender that is associated with that. As they venture out to school, their peers are added to the mix and it gets even more complicated. Trying to fit in, Duncan tries to get the best of both worlds, Tim/Lily and the popular kids at school but Tim/Lily’s appearance has already caused quite a disturbance among some of their peers. Will he have to take sides already? Duncan doesn’t like to take his medication but without it, there are serious implications for him. It’s a fine balancing line for these young boys to walk as they decide if they can be friends or if they are better off avoiding each other.

There were times I found myself mad at these characters, ashamed of their behavior. They wanted others to stand up for them, to not be embarrassed of them and/or to accept them for who they were and yet, I found that there were times that Tim/Lily and Dunkin did not do that themselves to others in this novel. They left words unspoken, they walked away and never said anything to others and that to me was a major disappointment. I could say that is because they were young but considering the subject matter and the point that they are trying to address in this novel, I cannot look past this and that is why I am giving this audio a 4.