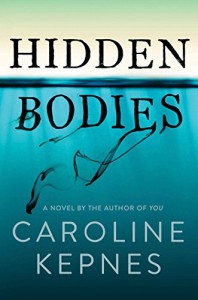 Oh, I love a sick, twisted guy and Joe definitely fits the bill. In this second book in the series, Joe has fallen for Amy as Amy is the girl of his dreams; she is everything he has ever wanted. She played the part well, she had him were she wanted him, he was like butter and she was molding him. They were too much alike, he should have seen this as a warning sign but Joe was in love. Now it’s back to reality, back to their normal lives and Amy makes her move, she skips town with items from his store and reality slaps Joe in the face.   She leaves a note, sorry? Who will be sorry one when Joe brings her down for he’s on a mission, and people die when they get in Joe’s way. It’s about murder, revenge and sex, did I mention there is an abundance of sex occurring in this novel. Joe likes attractive woman and with his numerous desires and uncontrollable thoughts, Joe never misses an opportunity to act. He stalks, he plays his part and he tries to find someone to keep him entertained.   Joe is a thinker; he tries to think ahead of any possible scenario.   People should learn to leave Joe alone, they should know that Joe likes to be in command and that he doesn’t like to be messed with but sometimes people don’t know this until it’s too late. This novel is just as intense as the first one in the series and I suggest you read the first novel before you read this one as there are references to some of the characters in the first novel in this one. It’s a twisted, thrilling novel that I’m sure many individuals will be glad that they picked up.