The Opposite of Everyone 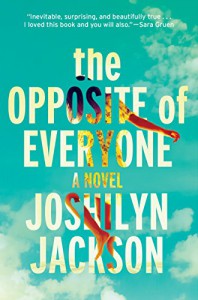 Her debt is finally paid in full but I don’t think, that I what Kali really wanted. I think deep down inside Kali was missing her mother. Her mother was eccentric, she was one of kind and I think Kali knew that and although as odd as she was, Kali missed her mother, something that she didn’t want acknowledged.

Kali is a successful divorce attorney who uses the services of Birdwire, a PI. Something had occurred between the two of them in the past which I needed to figure out because when Kali calls upon him to ask for his assistance in a current case, there is some hesitation on his end before he finally accepts the assignment. Was it business or pleasure that caused them to separate on bad note when they last parted? I enjoyed Barbwire’s character as I thought he was an individual with many flaws that completed him. His flaws made him who he was, a distinct individual, who was zealous and genuine.   While the two of them were at the office, Julian arrives. Kali believes that Julian is a new client, looking for his birth mother.   She is correct; he is looking for his birth mother who happens to be Kali’s mother. Surprise Kali, you are no longer an only child! Shocked and dumbfounded, Kali is lost for words until the stories start falling out of Julian’s and Kali’s mouths.   These stories were wonderful and I loved this part of the novel as the two of them told stories throughout the novel of their childhood. As Kali reached back into her early days, you could feel the emotions and the energy in her stories as she unleashed them from inside. Her brother listens intensely as he wants to know everything about his mother and Kali wants to share what she can with her new sibling. Their stories were different as they had different childhoods, their mother had been locked away for such a short time, unbeknownst to them that they had siblings out in the world, and now they stand together hoping to reconnect.   This story was just getting started, the pieces of their lives were just getting shared and they were beginning to connect with each other when I realized that there was more to this story – more twists and turns. Kali has to keep her client base up while dealing with her personal issues and this adds drama and excitement to this novel.   I would have liked to known their mother, she sounds like quite a character. Her mother is one individual, whose life could definitely fill a novel.